THE TALE OF TWO SCHNIBBLES

Once upon a time, long long ago in a land of ice and snow there were 2 quilters who read a host of quilting blogs and absolutely loved to follow all the postings about "Miss Rosie's" quilt patterns; especially the little Schnibbles. Along with being a wilderness land of much ice and snow, it was also devoid of local quilting stores...a barren wasteland when it came to quilt stores. Many times when these 2 quilting friends got together they expressed their wish of being able to join in the Year of Schnibbles that all the other bloggers and quilters were taking part in, but alas it was not to be. A whole year passed and these friends looked wistfully on.

Time passed and with the dawning of a new year Sherri and Sinta introduced Another year of Schnibbles, but still no patterns were to be found in the land of ice and snow. One day they decided that no matter how dangerous, they were going to venture out to lands unknown and try to hunt down the famous Schnibbles. After travelling many many miles they found someone who was going to help them capture the shy and elusive Schnibbles 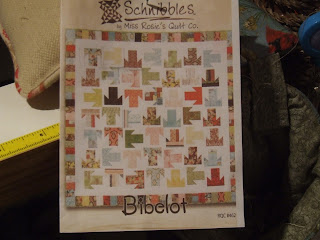 ...and although it took many moons to actually achieve success the Schnibbles quietly found their way to the land of ice and snow.  At first glance this particular species of Schnibbles did not seem to be particularly enticing to the lady quilters however the quilters were so excited to finally have all the tools needed to be able to take part in the coveted quilt along they wasted no time in getting started.

Lady Wendy's prince was to be away in a far off land for several days and so she invited the Dutchess Glenda and  Marchionness Sue and together they made plans to gather all that was needed and embark on a quilting adventure. The ladies arrived at the home of Lady W's bearing gifts of food and flowers in honour of the celebration. 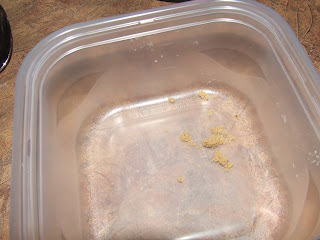 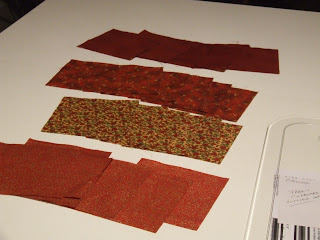 Fabrics were chosen and the sound of laughter and sewing machines was to be heard in the Manor for many hours.
After much fun, food and friendship the Lady quilters had 2 Schnibbles trophy banners to proudly display in the Kingdom of Ice and Snow. ( ** It must be noted here that although this species of Schnibbles would not have been a first choice to the lady quilters, both quilters were so pleased with the final results that it has been rumoured that they may have another planned for a later date!) 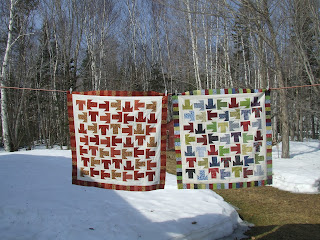 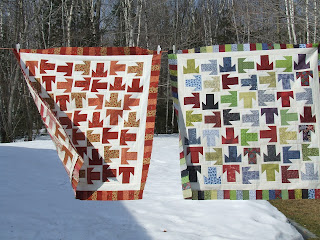 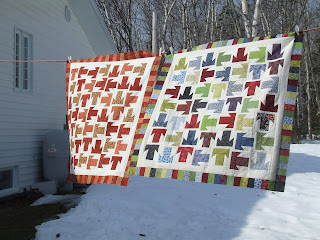 T for Triumphant!
Schnibbles Bibelot...Long may they reign! 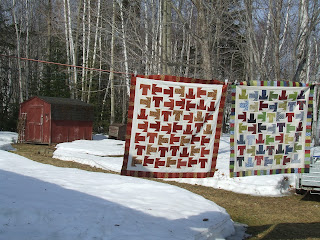 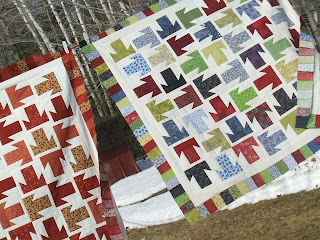 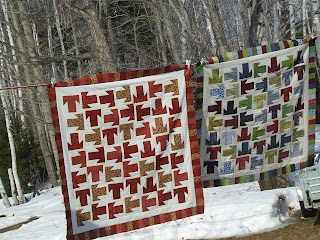 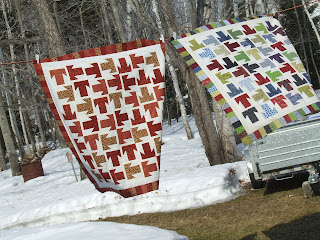 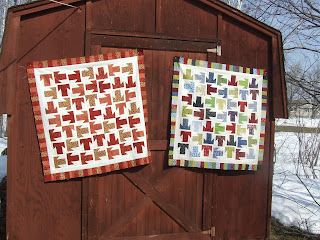 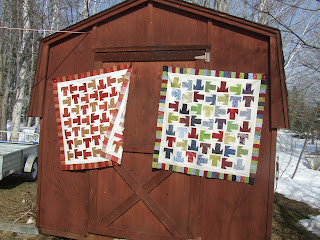 I am told that over time it is expected that the land of ice and snow will evolve to a beautiful country where birds will sing, flowers will bloom and the rare Schnibbles will be found in every hamlet and the quilters will stitch happily ever after.
(Hey! This is a fairy tale and a lady can always dream!)
THE END
at March 22, 2012

What a lovely Fairy Tale!! Congrats on the completed Schnibbles.... they look great!

I dub thee the Queen of Schnibbles.

Really. Rosie agrees. We would both give you a hub - or a hug and a tail-wagging kiss - for your wonderful fairy tale. It is exactly the sort of silly loveliness that we love. Thank you.

And we love the Bibelots. They are T-Terrific.

Love your Schnibbles and love the way you have displayed them and written about them. I know New Brunswick summers...they are wonderful!

I LOVE your post...and I am so happy that the Schnibbles have finally arrived in the land of ice and snow!

Thanks so much for joining in!

Oh "Lady" Wendy you do have a way with words!!! It was a wonderful two days - even with my cold germs - and so much fun to finally join in with the year of Schnibbles. On to the next one.....

Love the Schnibbles! I can't find them here in paradise, either, but luckily the mailman delivers!

What a lovely fairy tale! I must confess however, that my eyes glossed over upon seeing those GAWGEOUS quilts! LOVE LOVE LOVE LOVE LOVE! I'm your newest follower. So happy to have found your e-home :) Many hugs, Barb

Great projects and a wonderful tale! I love both of your Schnibbles. How funny you weren't excited about the pattern at first, but grew to love it once you got with it. I was the same way, wasn't sure I would like it but love it now! I hope folks give it a try, it's a fun and easy pattern.

Those look SO pretty Wendy! LOVE them on the barn/shed : ))))

These are both lovely quilts :-) What a lovely post too! 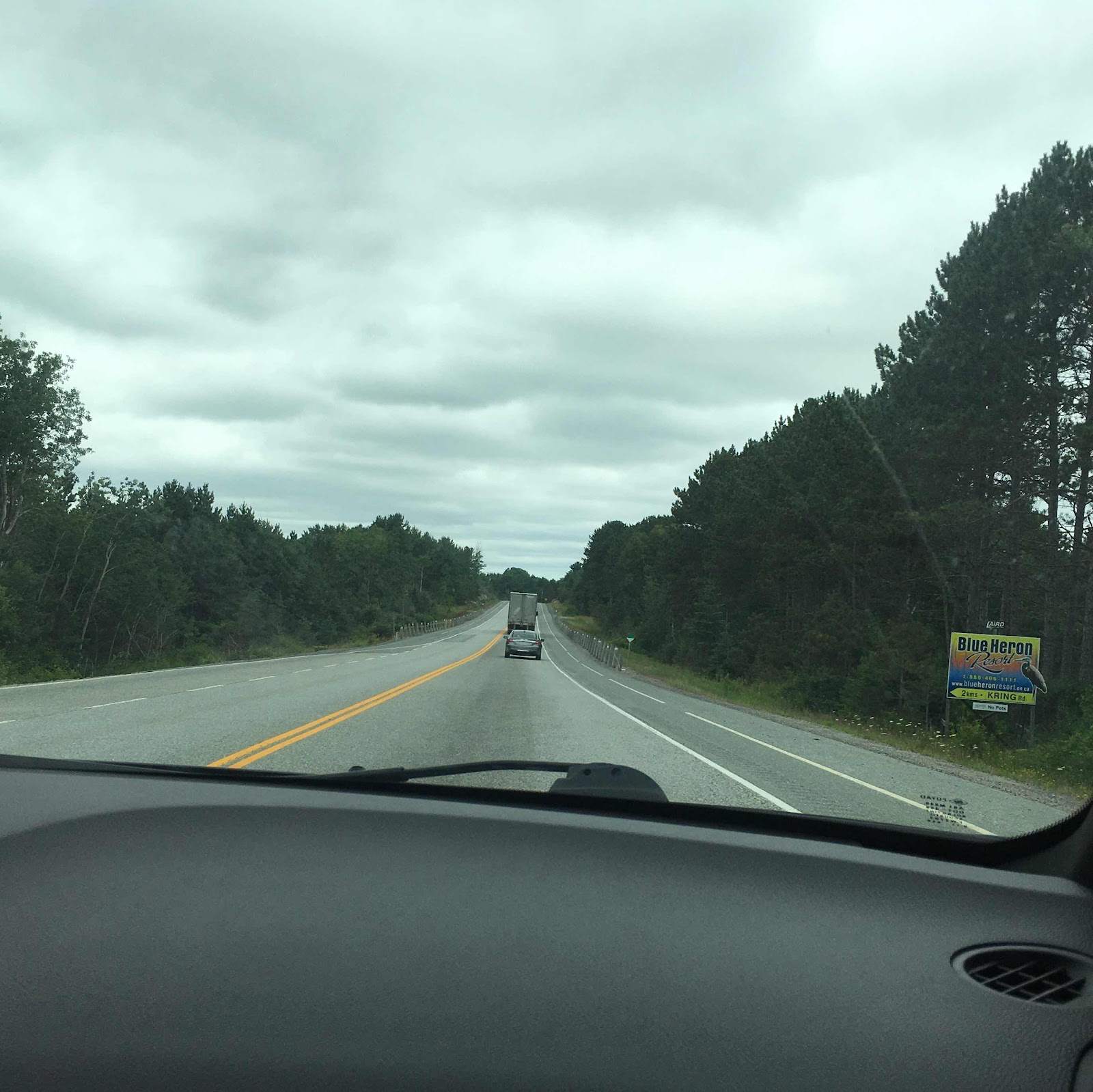